This release brings a handy feature: the ability to sync your data across devices! I chose to use Dropbox for its ease-of-use and ability to use for free by anyone. I really wanted to get this feature released since I tend to use Reach FI on both my phone and PC.

You can configure Dropbox syncing by selecting the sync area in the bottom of the menu navigation: 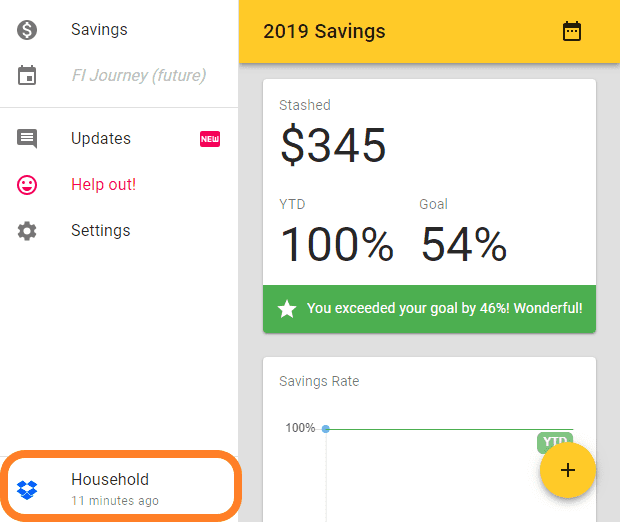 Once you connect your Dropbox account, you can create "accounts" to store app data. You can have any number of accounts and name them as you want. You can switch between them anytime so it's a great way to organize by user or device or purpose.

The app will sync after any changes. If the device is offline, the sync is postponed but once you're online again, it'll resume. If there is a collision during a sync, your device's changes will override. You can manually sync by going to the Dropbox screen and selecting the Sync button at the top.

If want to leave feedback or have any issues, you can comment on the feature Trello card.